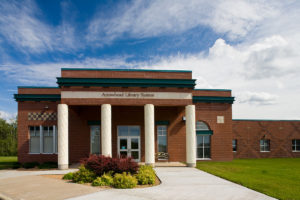 Charged with the responsibilities of fiscal oversight and policy-setting, the Governing Board of the Arrowhead Library System consists of thirteen representatives of the region’s citizens and member libraries. Public libraries, school libraries, academic libraries, and special libraries each elect one member for a total of four local trustees to the ALS Board. The Board of Commissioners from each of the seven participating counties appoint a total of nine citizens to the ALS Board. As per Minnesota Statutes, terms of office are for three years, with a limit of three consecutive three-year terms. Terms start January 1 of a given year.

The ALS Governing Board has an Executive Committee consisting of the President, Secretary, and Chairs of the Budget and Personnel Committees. Officers are elected at the Annual Meeting in May of each year. Much of the work of the Governing Board is delegated to four standing committees: budget, executive, governance, and personnel.