The Arrowhead Library System is pleased to present North Country Characters with The Sutter Brothers a free program being offered at the following dates and locations:

Join the Sutter Brothers as they present the landscape, critters, and quirky characters of northern Minnesota through songs and stories, poetry and music.

For thirty years, The Sutter Brothers have presented lively programs that emphasize their rural, small-town roots and Scandinavian heritage. In 2014, The Sutter Brothers won a highly competitive Arts Tour Minnesota Grant, which allowed them to take their show statewide. They recently performed in Sweden and have been featured in the film series Pretty Much 100% Scandinavian.

Best known for his baritone voice, Ross Sutter plays and impressive array of instruments: guitar, button accordion, dulcimer, and Irish drum. He has issued four CDs, won three fellowships from the Minnesota State Arts Board, and performed for A Prairie Home Companion. The author of eight books, Bart Sutter is a three-time winner of the Minnesota Book Award and was named the first Poet Laureate of Duluth. He has written for Minnesota Public Radio and had three plays produced.

This fifty-minute show runs the gamut, from humor to heartache. Their music ranges from songs of immigrant longing to their hilarious hit, “When the Smelt Buckets Are Loaded, I’m Coming Home to You.” 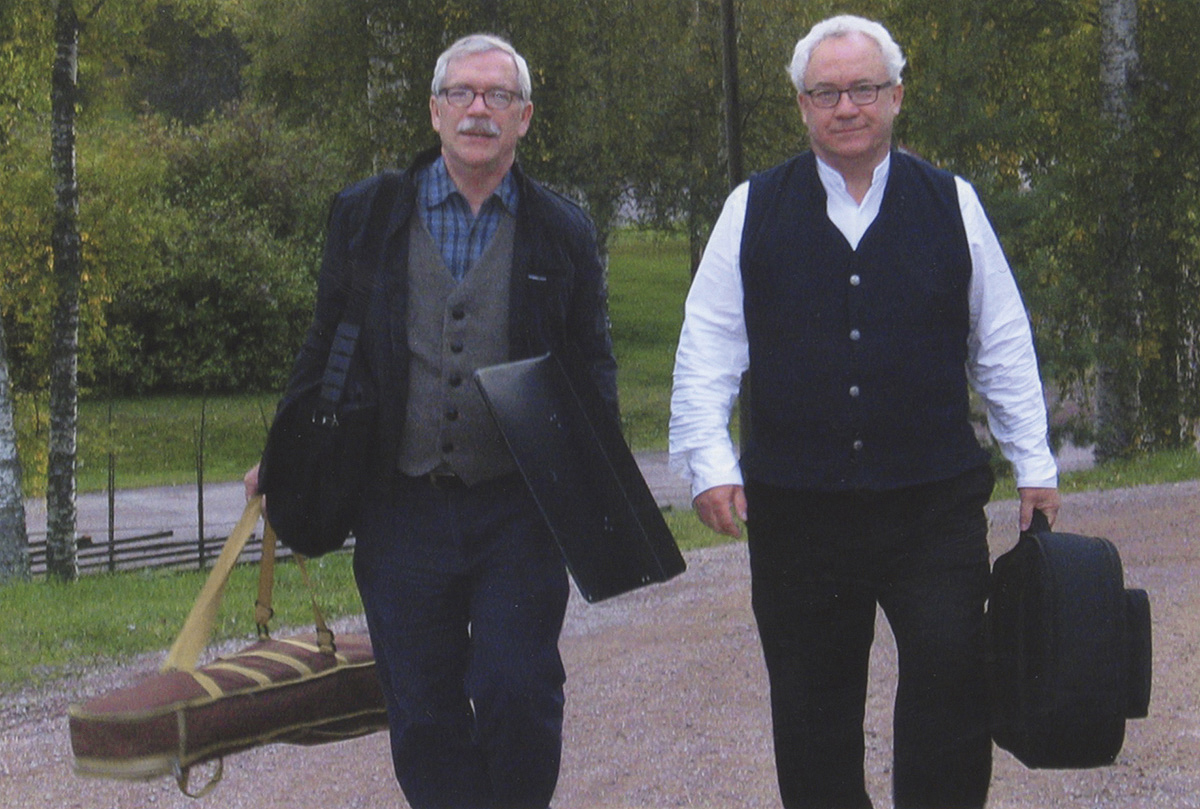 This program, sponsored by Arrowhead Library System, was funded in part or in whole with money from Minnesota’s Arts and Cultural Heritage Fund. To learn more about Arrowhead Legacy Events, please see our calendar at www.arrowhead.lib.mn.us/whats-new, find us on Twitter www.twitter.com/ArrowheadLegacy, on Pinterest at https://www.pinterest.com/alexisleitgeb/legacy-events, on Storify at https://storify.com/legacy2, or like us on Facebook at http://www.facebook.com/alslibinfo.