Sons and Daughters of the Northern Lights | The Sutter Brothers 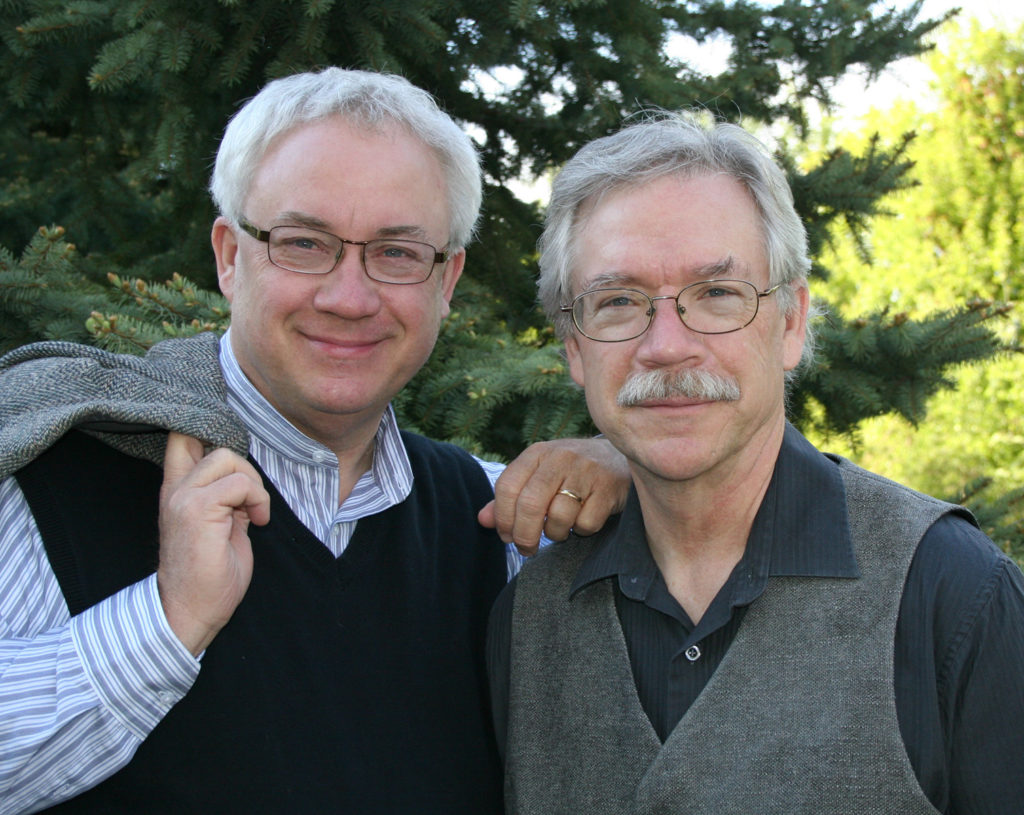 The Arrowhead Library System is pleased to present Sons and Daughters of the Northern Lights with The Sutter Brothers, a free 50-minute program being offered for adult audiences at the following dates and locations:

The Sutter Brothers – Ross and Bart – will present a 50-minute program of music and stories, poetry and song that explores the experience of Scandinavian immigrants, their ancestors, and their descendants. For more than thirty years, The Sutter Brothers have performed shows that integrate Bart’s original writing with Ross’ versions of traditional Scandinavian and American songs and tunes. “Sons and Daughters of the Northern Lights” will offer glimpses of early settlers, memories of a vanished village school, a lament for ghost towns, and celebrations of colorful farm folk and fishermen. The show will be specially designed to evoke memories and provoke curiosity about regional history, ethnic culture, and the presence of the past in our contemporary lives.

Who are The Sutter Brothers?

Ross plays guitar, button accordion, mountain dulcimer, and Irish drum but is best known for his rich baritone voice. The winner of three grants from the Minnesota State Arts Board, he has performed for A Prairie Home Companion and the Winnipeg Folk Festival, among hundreds of other venues. He has also won the prestigious Sally Award for his work in arts education.

The author of nine books, Bart is the only author to win the Minnesota Book Award in three different categories—poetry, fiction, and creative nonfiction. He has also written for public radio and has had four plays produced. Winner of the George Morrison Artist Award for his contribution to the arts in northeastern Minnesota, Bart was named the first Poet Laureate of Duluth in 2008.

Though Ross and Bart have established separate reputations as a musician and a writer, they take special pleasure in performing as a pair. They have done well over 100 shows together, and in 2014 won an Arts Tour Minnesota grant to take one of their programs statewide. The pair has performed as far afield as Pittsburgh, Pennsylvania, and Lindsborg, Kansas, and, in 2015, went international with a tour in Sweden. Both brothers are featured in the series Pretty Much 100% Scandinavian by the Swedish film company Camera Q. Their program “Sons and Daughters of the Northern Lights” was inspired by Bart’s new book, Nordic Accordion: Poems in a Scandinavian Mood.

For more information about The Sutter Brothers, please visit: http://www.thesutterbrothers.com/

This program, sponsored by Arrowhead Library System, was funded in part or in whole with money from Minnesota’s Arts and Cultural Heritage Fund. To learn more about Arrowhead Legacy Events, please see our calendar at www.alslib.info, follow us on Twitter @ALSLibraryNews, or like us on Facebook at www.facebook.com/alslibinfo.