Early in the morning of December 26, a house fire in Hibbing claimed the lives of Steve and Pat Gillitzer as well as the lives of two of their grandchildren. After retiring from a career in the Hibbing Fire Department, Steve became a Bookmobile Driver for ALS in March 2010. Steve’s routes on the Bookmobile included communities such as Littlefork, Big Falls, Gemmell, Mizpah, Northome, Alvwood, Squaw Lake, Lake Venoah, Proctor, Solway, and Hermantown. Steve was much-liked by his co-workers and the library users he enjoyed serving. Here at ALS and across the region, our hearts go out to Steve and Pat’s family at this tragic loss. 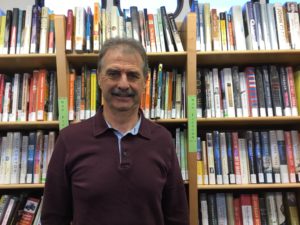